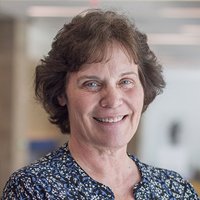 Carolyn Wheeler is a native Kentuckian with over thirty-five years of experience in program development, training and advocacy on behalf of people with disabilities and their families. While completing her Master’s Degree at Syracuse University, she was involved in starting the Person to Person: Citizen Advocacy Program which recruits and matches local citizens in a wide range of relationships with people with disabilities on a voluntary basis. She was recruited to work as a Program Specialist in the Developmental Services Division of Seven Counties Services (now Centerstone) in Louisville, KY, from 1986 to 1990.

From 1990 to the present, she has been employed on a variety of projects with the Human Development Institute at the University of Kentucky. Carolyn was instrumental in the development of the Hart Supported Living Program and the promotion of person-centered planning practices. Carolyn has developed an area of expertise in financial planning issues for people with disabilities and their families. She is a founding member of Life Plan of Kentucky, which is a pooled special needs trust.

Carolyn is certified as a Community Partner Work Incentives Counselor and provides training on the positive financial impact of working for people who receive Social Security Disability benefits. She was also involved in planning efforts to implement the ABLE Act in Kentucky. She has voluntarily served as a legal guardian and Power of Attorney for three different individuals with intellectual disabilities whose parents were deceased. In this role she has helped each of them to live a good life in the community.