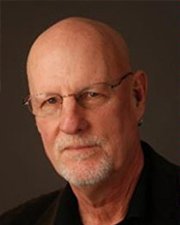 Doug Anderson is the author of three books of poems, of which The Moon Reflected Fire won the Kate Tufts Discovery Award, and Blues for Unemployed Secret Police was awarded a grant from the Academy of American Poets. His play, Short Timers, was produced at Theater for the New City in New York City in 1981. He has written a memoir, Keep Your Head Down: Vietnam, The Sixties, and a Journey of Self-Discovery. His most recent book of poems is Horse Medicine. His work has appeared in The Massachusetts Review, Poetry, Ploughshares, the Virginia Quarterly Review, the Southern Review, Field, and other publications. He has written critical articles for the New York Times Book Review, The London Times Literary Supplement, and the Boston Globe.

Guest: Veterans, Disability, and the Power of Literature Webinar Series