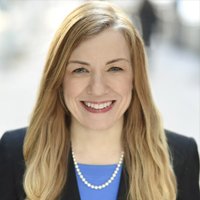 As a psychologist with experience that spans clinical, educational, and professional settings, Dr. Doreen Marshall has been engaged in local and national suicide prevention and postvention work for more than 15 years.

Since joining AFSP in 2014, Dr. Marshall has expanded AFSP’s menu of programs and improved program delivery through AFSP’s nationwide network of chapters. Dr. Marshall oversees AFSP’s Prevention and Education and Loss and Healing programs, which includes community-based suicide prevention training, clinician training, AFSP’s Survivor Outreach Program for survivors of suicide loss, and programming for International Survivors of Suicide Loss Day. Dr. Marshall works to foster partnerships with mental health organizations, such as with the National Council for Behavioral Health to train people across the country in Mental Health First Aid, and oversees the development of new programming, including clinician trainings, community trainings and K-12 educator trainings.

Prior to joining AFSP, Marshall served as Associate Dean of Counseling/Chair at Argosy University, where she contributed to the CACREP-accreditation process for the university’s counseling programs, and chaired the counseling program on the Atlanta campus. She is also past-chair for the Suicide Prevention Coalition of Georgia, and previously served as Associate Director of The Link Counseling Center’s suicide prevention and aftercare program in Atlanta. She has served as a consultant for both national and state suicide prevention and postvention initiatives, which included providing suicide prevention training for the Division of Behavioral Health and Developmental Disabilities and serving on a task force of the National Action Alliance for Suicide Prevention.

Marshall holds a doctorate in Counseling Psychology from Georgia State University, a master’s degree in Professional Counseling, and a bachelor’s degree in Philosophy and English from The College of New Jersey.