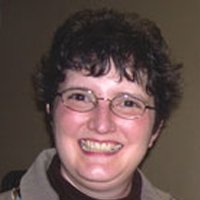 Pamela Williamson is the Assistant Project Director of the Southeast ADA Center, a project of the Burton Blatt Institute of Syracuse University. The Southeast ADA Center, funded in 1991, is one of ten regional information centers on the Americans with Disabilities Act (ADA) funded by the National Institute on Disability, Independent Living and Rehabilitation Research (NIDILRR) of the Administration for Community Living (ACL). Ms. Williamson has served for 11 years as the Southeast ADA Center – Director of Training and Technical Assistance, where she coordinated the project’s core services of training and technical assistance. Ms. Williamson is an expert on the Americans with Disabilities Act (ADA), Air Carrier Access Act (ACAA), accessible information technology, and building effective grassroots networks.

Ms. Williamson has close family members with significant disabilities and has worked professionally with people with disabilities for over 25 years.  She has a Bachelor of Science degree in Therapeutic Recreation from Georgia Southern University in Statesboro, Georgia.